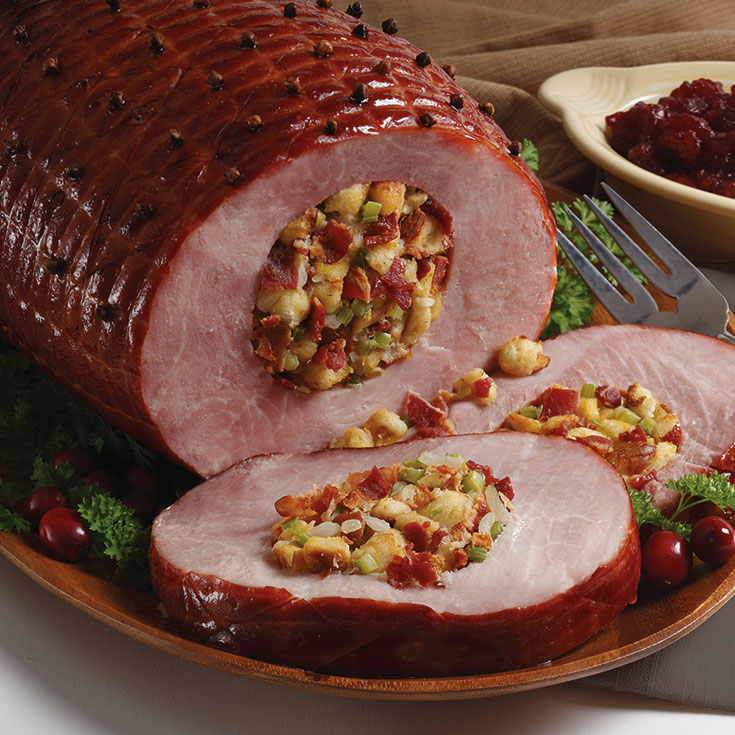 Move over turkey, this Kunzler ham stuffed with bacon bread stuffing will be a new holiday favorite in your house.

Where to Buy Kunzler Products

Preheat oven to 325°F. Cut ham in half. Using a sharp, thin-bladed knife, carefully cut a 2 1/2" circle into each half of the ham. Continue cutting a tunnel halfway through each piece of ham, using a spoon to remove ham.

In a small skillet, fry bacon until crispy. Set aside.

In a large bowl, combine the bread cubes and eggs. Stir in onions and celery. Crumble bacon and combine.

Stuff ham and tie together with cooking twine. Place ham in a shallow roasting pan. 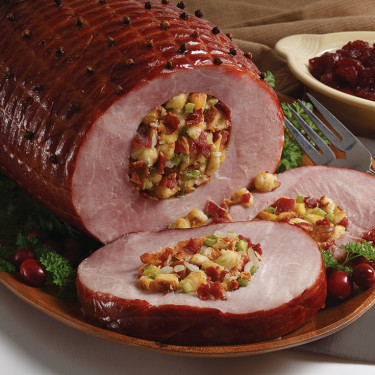